Advanced dog training is generally associated with correcting unwanted behaviours in dogs who have not been socialised as a pup or who have not received any training at all.

Having a thorough understanding of how a dog’s mind works and how they interact with the world around them, will give you a fighting chance at helping your pup become a loved and cherished member of your family.

Example #1: Your dog obeys your sit command, receiving a treat reward. Your dog learns that performing that particular action (sitting) pleases you, and that means good things for them.

Example #2: You have installed an in-ground fence, to protect your dog from a busy highway a block away. While you are training boundaries, your dog crosses the ‘fence line’ and receives a slight jolt. Your dog learns not to cross that line again.

The term ‘positive reinforcement’, for most owners, brings up thoughts of something pleasurable, or even enjoyable happening to the dog to reinforce the behaviour that is being trained. This isn’t actually what it means.

Reinforcement: You are reinforcing a behaviour, or increasing the likelihood your dog will do it again.

Though ‘positive’ doesn’t automatically mean ‘pleasurable’, most dog owners will connect the two meanings. For this reason, the easy dog training examples below will be pleasurable to the dog. Counter conditioning is an advanced dog training method which involves combining something your dog doesn’t like, or is afraid of, with something he enjoys. The end goal is to get your dog to slowly begin to like what he once didn’t, or at least lessen his anxiety about it.

Example: Your dog loves his treats! He also loves chasing after that stick you throw, and bringing it back to you to throw again. What he doesn’t like is the water; especially not the lake near your house.

You want to teach him to enjoy the water. You grab a stick and throw it near the edge of the water just enough so your dog has to come very close to get it but not get wet. When your dog returns with the stick, you reward with enthusiastic praise and that treat he loves so much.

Very gradually you begin to toss that stick out further. The next throw forces your dog to barely touch his toes in the water to grab the stick.

You keep repeating this process over the next several days, gradually throwing the stick out further over time. Every single time your dog brings the stick back, you reward with praise and a treat.

Within a couple of weeks, your dog no longer even notices the water around him. He now enjoys it; swimming out to get the stick means rewards for him!

Dominance (Pack Leadership) Theory: Should You Be The ‘Alpha’ Pack Leader?

For years, people believed to best train a dog; you must force it to submit, be the ‘Alpha’ boss. Through painful, even abusive techniques, countless dogs have been forced to submit to their ‘superiors’.

Such aversive methods fall in the category of ‘positive punishment dog training’ (remember- positive means addition) causing the dog to fear physical pain and thus obey to avoid it. Positive punishment does work well short term, just because dogs will value self-preservation over any reward.

Unfortunately, dogs are prone to lash out in defence if they feel threatened, which is only natural. Positive punishment techniques have led to countless dog attacks in the past, which sadly all too often ends with the dog being ‘put down’. If nothing else, these methods can damage pet-owner relationships.

The ‘alpha dog’ theory is based upon a poorly conducted zoological study in the 1930’s/40’s by Swiss animal behaviourist Rudolph Schenkel, whereby scientists concluded that wolves in a pack would fight to gain dominance.

This behaviour of a small group of captive wolves was meant to represent the entire canine population as a whole. No one considered that these captive animals behaved differently than they would had they not been captive.

What we know now, is that in the wild, a wolf pack is a family group which consists of a mated pair and their offspring from the last 2 or 3 seasons. As the pups mature, they separate from the pack; leaving the breeding pair as the only long-term members.

In captivity, unrelated wolves are forced to live together for long periods of time. This captivity causes tension between mature adults giving us the impression of a dominance hierarchy that isn’t present in nature. Very few land animals on Earth enjoy the powerful sense of smell our dogs do. Up to three hundred million olfactory receptors (compared to our six), an area of the brain devoted to analysing odours 40x greater than a human.

Dogs even have an additional organ humans don’t have (called a Vomeronasal organ or Jacobson’s organ) allowing dogs to sense things, not even our advanced human technology can detect.

Able to pick up scents diluted down to 1-2 parts per trillion, dogs are believed to be able to catch an odour buried 12 meters underground.

That bodes extremely well for those avalanche victims buried beneath layers of snow! Believe it or not, dogs have been known to follow a track from 200 kilometres away!

Though the entire scent detection training process is an advanced dog training skill, dogs are primarily taught to follow a scent.

Search and rescue dogs are (often through reward-based training) taught to discern the odour of a human amongst everything else. Detection dogs like those employed in the airport or military are trained to detect a specific set of odours (explosives, fruit etc.) in a range of diverse environments.

If you don’t have the time to go to classes or they aren’t run in your area, then there are plenty of excellent online classes and training that you can access. Keep coming back to check in on us as we will be releasing our own basic and advanced dog training courses soon.

Did you find this article helpful? Feel free to share by using the super-easy buttons below!

You may be interested in these posts from the same category. 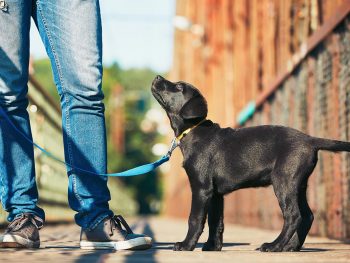 Next Post: 8 Common Dog Behaviour Problems And How To Fix Them 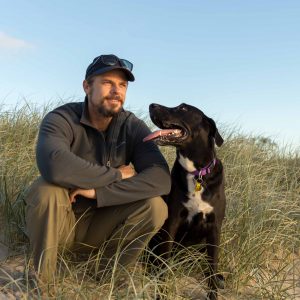 Hi, I'm Dave. As a former dog trainer in the Australian Army, I’ve spent over 18 years training dogs day in and day out. Understanding what makes …

How do you know if your dog is healthy? Here's som

Soooo much confetti around our house